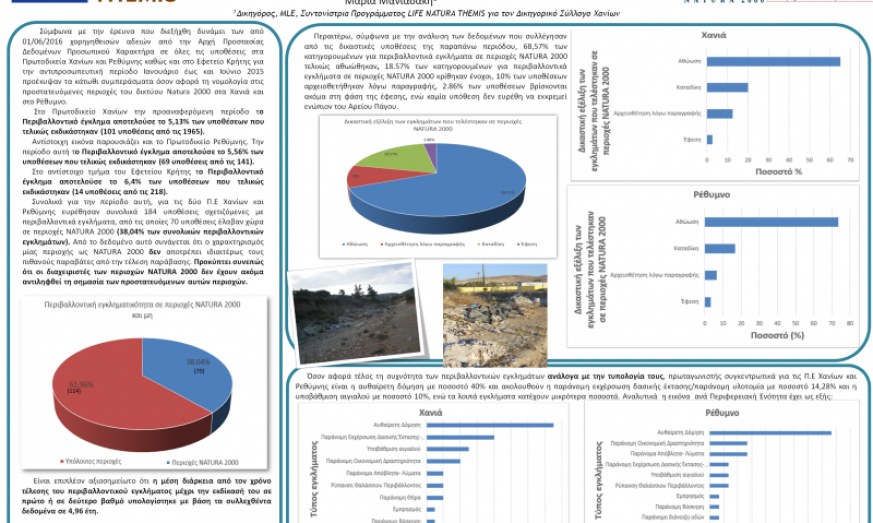 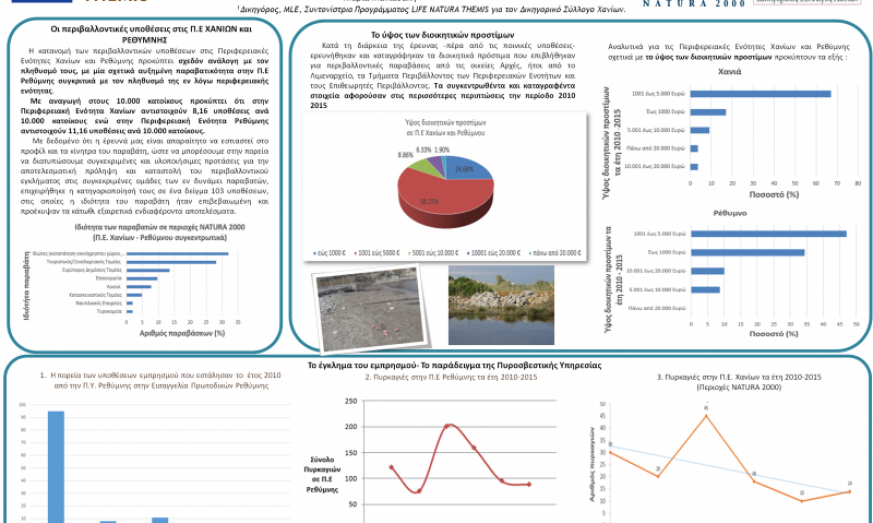 During the first year of the implementation of the project "LIFE Natura Themis" (October 2015 - September 2016), the preoperational survey that was included in the project’s proposal was conducted.  The survey included the collection of data on environmental legislation and its implementation in Crete, in order to reflect the current situation of persecution crimes against wildlife in NATURA 2000 sites of the island.

As part of this study, data from environmental degradation cases and environmental crime in Crete were recorded for the first time (cases for which official data are available to the competent authorities).

These data concerned the type of crime, the place and time of the committed offense, the case’s progress and its final management after the competent authority was notified. In total, 346 cases were recorded, they were spatially categorized, by time and type and were depicted on a geospatial map.

The survey was conducted by the Heraklion Bar Association and the Chania Bar Association, with the cooperation of the Hellenic Society for the Protection of Nature. Two progress reports were compiled for the needs of the project (deliverables) and were included in the Progress Report of the Program (October 2016).

The reports illustrate the main environmental legislation (National, European and International) that currently applies in Greece as well as a summary of the results and the main conclusions drawn from editing the collected data.